A mammogram saved my life 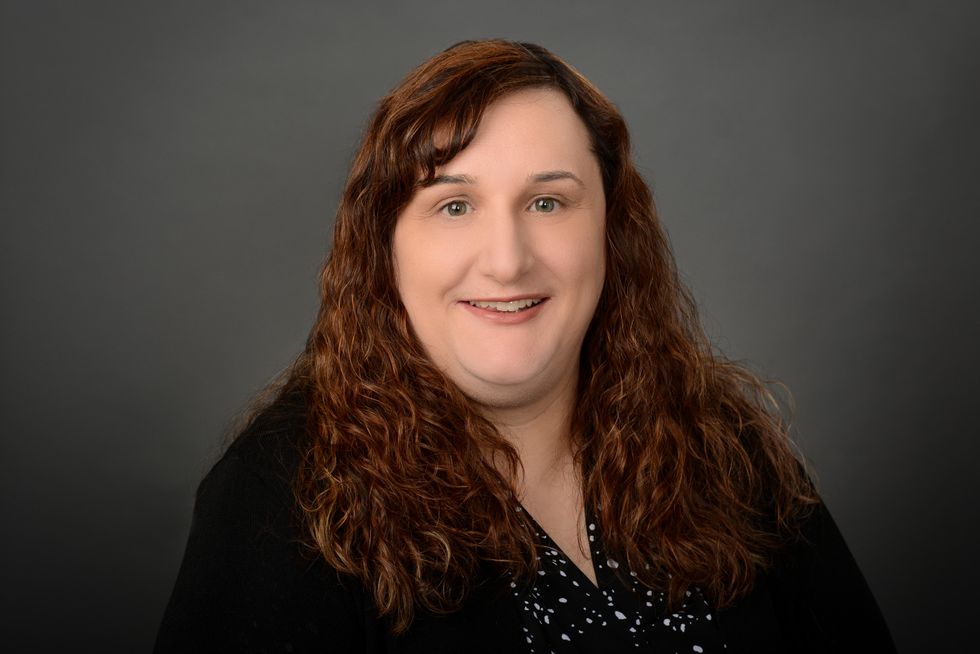 The mammogram stars aligned for me in 2017. I worked at St. Peter’s Health Partners and went to a colleague’s office to say hello. There was a leaflet on her desk offering free mammograms for employees over the weekend.

I had just turned 40 two months ago and since I had no plans for that weekend, I signed up.

Even though my grandmother had breast cancer, I wasn’t worried or afraid of the screening. She was much older when she was diagnosed, and while it seems naive now, I didn’t think a young, otherwise healthy woman like me should worry. I signed up because it was convenient.

I had my mammogram that Saturday in February and didn’t think about it any further. I spent the rest of the weekend with my kids and husband, getting up to work on Mondays like any other day of the week. That afternoon I got a call from the doctor’s office where I had my mammogram. They said I would have to come back for a check-up and have a Ultrasonic. In the back of my mind, I remembered reading that dense breast tissue like mine can make it difficult to read a mammogram, so I didn’t press the panic button yet.

After repeating the mammography and ultrasound, I met with a kind and patient one Nurse navigator named Mary who checked my results, which showed Calcifications in my right chest. Mary explained that breast calcifications are common and usually benign (not cancerous), but I still needed a needle biopsy – which I had two weeks later. At that point, I didn’t feel the need to tell my family about this until I knew exactly what was going on. Why make a fuss about something that probably wasn’t?

About a week after the biopsy, I was packing my things to leave the office when I got a call. It was my GP with my biopsy results: it was cancer.

Hearing those words felt like a ton of bricks falling from the ceiling. I heard my doctor say that she wanted to refer me to a breast surgeon, but at that moment I was only thinking about my children. In my eyes, cancer was synonymous with death. But I had to be there for my children. I wasn’t just emotional – I was scared.

I called my friend and colleague who works on the floor above me. “I have cancer,” I burst into the phone. Now I panicked.

I heard her footsteps running down the stairs before I could say anything more. She listened to me and called Mary the nurse navigator who could help me with questions and next steps.

When Mary and I went to the breast surgeon, I was a bundle of nerves. Mary was calm and wrote down everything that helped me process the visit. The surgeon recommended a wide excision but wanted to do an MRI to get a better view of the right breast before continuing. That was a good thing: the MRI results showed cancer of the entire breast, so a lumpectomy was no longer an option. I would need mastectomy and reconstruction surgery, and due to the scheduling, it would be a few more weeks before I could get to the surgery.

Every day I waited was torture. It was insane to know that I had cancer inside and I wanted it out. Each day that passed, I wondered if it was growing or moving. I was still working full time trying to distract myself from the diagnosis and surgery, but the whole situation was emotionally stressful. At this point, my husband knew, but not my children. I was just so scared and didn’t want to bring them bad news or worry them.

About a week before the operation, my 15-year-old son Machai asked, “What’s wrong with you, mom?” He sensed something was wrong. After we told him he was so strong. “Just take care of it, mom,” he said. “You’ll be fine.” When I told my 12-year-old daughter Mady about it, she immediately started crying and hugged me. I needed everything I had inside of me to be strong for Mady and Machai and to tell them I was going to be fine (even if I wasn’t sure if that was true). We cuddled up all night and they didn’t want to leave my side.

In April, two months after my first mammogram, I had a mastectomy and reconstruction surgery. During the surgery, the doctor took lymph nodes to see if the cancer had spread. Fortunately, the lymph nodes had clean margins, which means they had not migrated outside of the chest. And the best news of all: I wouldn’t need it radiation or chemotherapy. I would be fine.

Today, four years later, I am cancer free. I still work at St. Peter’s and they still have the free shows that saved my life. In retrospect, I know a mammogram wasn’t on my list when I turned 40, and I honestly don’t know when I would have planned one. I tend to put other people first – as many women do – but that experience taught me that basic health checkups cannot be postponed. It is so important for women to have monthly breast self-exams and have their annual mammograms. Early detection saves lives and I am living proof of it!