As a journalist who was an early victim of domestic violence, writing and teaching were the best medicine 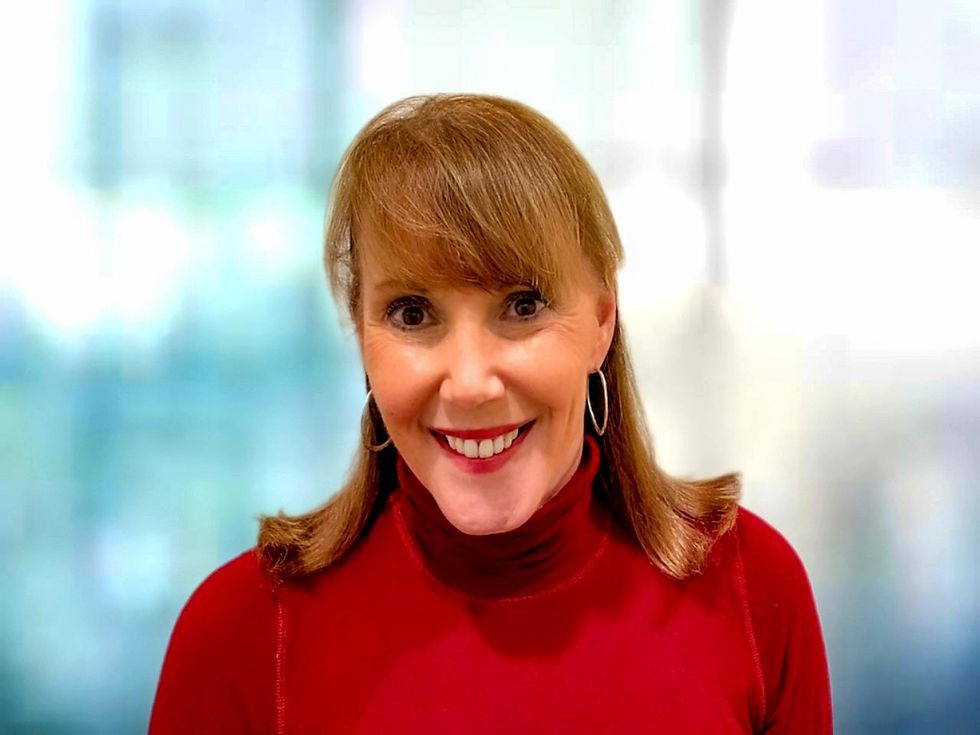 He was a lawyer with a red Alfa Romeo, a 7 golf handicap, and a new two-bedroom apartment in leafy Washington, DC suburbs.

I was a bank and pension reporter with a spotty driving report, a shopping problem, and a studio apartment in a dodgy DC neighborhood.

While our differences could have separated us, drinking brought us together. It took almost four years, three violent attacks and an escape from several states before she officially tore us apart.

Growing up I thought that I didn’t know anyone who lived in a violent household. To know what I know now – almost that every fourth woman is physically attacked by an intimate partner in her lifetime – I probably did.

Like his father, my father was an alcoholic. And although he never hit my mother, he had one of those Irish minds. Unknowingly, I looked for guys like my father – or at least those who would impress him and my intelligent, athletic brother.

He and I were Insta-ready long before that. To the world before social media, we sure looked like the picture of success. I had a great wardrobe (all on credit), a handsome husband, a country club membership, two convertibles, and an aspiring journalistic career in the country’s capital. We would have become quite an Instagram and Facebook couple, he with his tousled dark hair, “popped” golf shirt collar and Italian sports car and me in my favorite pink tops, big designer sunglasses and short shorts.

Things went reasonably well until he was fired for his alcoholic lunch and he started his own consulting firm. He soon found out that his handsome young assistant was skimming money, and I became the scapegoat for his increasing money stress.

There were three violent, drunk attacks. In one of them I was lying on the floor and he kept kicking me with his work boots before dragging my hair out of the study into the living room. In another, he strangled me on the living room couch while I was screaming. There was no beeping from the neighbors, whose doors were only a few meters away.

The first attack sent me to my office with a poorly hidden black eye. I swear the receptionist saw me go to get the dozen long stemmed red roses he’d sent to apologize.

The turning point came when I told a middle school friend about the violence. It’s one thing to live in your own dream world soaked in Chardonnay, but quite another when you describe it yourself.

It was settled. I would go, but it wouldn’t be easy. I only shared a bank account with my husband and my name wasn’t on anything else. It would take award-winning acting to get around enough to put my names on the accounts, but I did.

I worked with a divorce attorney and insisted that I only wanted half of what was now in the joint accounts. I would only take a fraction of the (garish, modern) furniture: I only needed a place to sleep.

Leaving someone at home to work – especially when you are off to bed! – is complicated. But luckily we had planned a trip to Florida to visit my father and stepmother and mother who lived on opposite sides of the state. We stayed with my father for a few days before going to see his mother. There I had arranged an “emergency call” from an editor who needed me for an interview about my new syndicated column. If there was one thing my husband would support, it would be to make more money.

After acting like I didn’t loathe him for days, I took my spouse down Alligator Alley in Florida to end my marriage near Naples. I can still picture Dad on his Boca Raton balcony with tears in his eyes as he waves goodbye.

After calling the “editorial office”, my husband drove me to an earlier flight. I felt frozen in a state of hectic, nervous excitement, but I had to appear, say, moderately bubbly. It was just an alleged newspaper syndication deal, after all.

Back it went like clockwork. I put the signed separation agreement on our black lacquered dining table, took one last look at the gray-speckled couch I could have died on, and closed the door.

When I called his mother to tell him I was leaving, he pleaded, “I’ll get help! I’ll change!” I told him it was too late and he hung up.

I got an unlisted phone number and nervously began my new single life. Two weeks later, his lawyer contacted mine: Could I return the cable box? The NCAA final was on and I mistakenly packed it because I thought it was the VCR.

The divorce became final shortly before my 30th birthday in December 1989. I rarely thought about the abuse until I stopped drinking in 1992 and went to see a therapist specializing in alcoholism. We often talked about continuing to pay my bills, including theirs, late and exhibiting questionable tastes in men. As with the 20 pound lighter body that still made me feel chunky, my insides felt happy getting the attention I was getting.

“Don’t you think you deserve better?” She asked.

It took a while to believe I was really doing it.

In 1996, six years after my divorce, I worked full-time at USA TODAY, had a successful career as a freelance writer and a newfound confidence. I married another journalist who stopped drinking years before I did. Right before our wedding, I shared stories of airbags killing children and helped change the laws on the warning signs and smart airbags that are standard in new cars today. It was nothing compared to my abusive ex-spouse hiring federal officials and Fortune 500 executives.

After decades of marriage and working as a journalist, I now have the voice and the resources to make a difference in my life and others. In 2017, I started the Urban Health Media Project to train various high school students to report on the impact of “social determinants” such as housing and food insecurity on the health of their communities. But most students would rather write about mental health and trauma, including the effects of violence in their homes. Seeing the sparkle of pride in their eyes when their names are printed or when they are on stage telling others what needs to change in their communities makes everything I’ve been through worth it.

I am no longer a victim. I have savings, investment and retirement accounts in my name, which is also kept in my husband’s accounts. I may still drive too fast and shop too much, but I have the strong self-esteem I used to lack and the tools to build confidence and agency in others.

It’s worth a lot more to me than any Alfa Romeo.