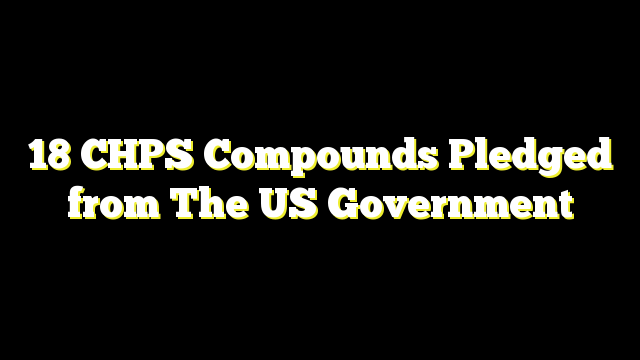 The United States government has pledged to construct a total of 18 community-based health planning and services (CHPS) compounds in Ghana this year through its embassy in Accra.

The outgoing US Ambassador to Ghana, Robert P. Jackson, made this known whilst highlighting the key achievements of the US government’s investments in Ghana’s education, health, agriculture, energy, peace and security during his two-and-half-years tenure.

He indicated that the US has previously constructed eight CHPS compounds in the country, four each in the Volta and Northern Regions.

Touching on where the compounds would be sited, the ambassador revealed that the selection would be based on the country’s needs.

Solar Project
Aside the CHPS compounds, the ambassador disclosed that the US would also invest in a solar power project for the Korle-Bu Teaching Hospital (KBTH) in Accra to ensure reliable electricity supply for Ghana’s premier health facility.

Satisfaction
Mr Jackson expressed his satisfaction with progress being made in Ghana’s health sector, saying the country has made significant progress in improving its healthcare delivery system.

For instance, the experienced ambassador with 37 years of diplomatic service, which saw him serving in six African countries and visiting 26 others, explained that “in the health sector, Ghana has made tremendous progress against malaria.”

According to him, “Ghana’s maternal and child health statistics are very promising. Ridge Hospital is functioning; we are investing more in Korle-Bu.”