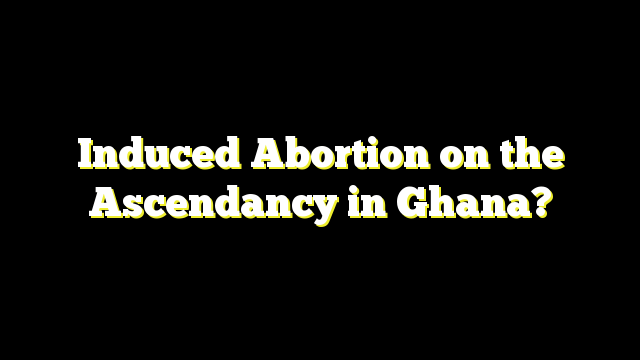 According to the report, launched in Accra on Thursday, mothers in Ghana are healthier now than ever before and are seeking and obtaining the health care they need.

How to Renew NHIS on Your Phone

Cataract: Leading Cause of Blindness in Ghana

It noted that, nationwide, delivery in health facilities has increased over the past 10 years from 54 per cent in 2007 to 79 per cent in 2017, meaning fewer children now die before their fifth birthday compared to the situation some 30 years ago.

The survey was implemented by the Ghana Statistical Service and the Ghana Health Service (GSS) from June 15 through October 12, 2017, with funding from the Ghana Government, the United States Agency for International Development, the European Union Delegation in Ghana and the United Nations Population Fund, with the Intermediate Care Facility (ICF) providing technical assistance in the implementation of population and health surveys.

The 2017 GMHS, the second in Ghana, along with six Demographic and Health Surveys implemented between 1988 and 2017, would provide Government and international partners with data for programme managers and policy makers to make evidence-based decisions, to improve the maternal and child health situations in Ghana.

The main aim of the report was to ascertain the level of maternal mortality and morbidity at the national and three zonal levels-Coastal, Middle and Northern, with focus on urban and rural areas within the zones.

Mr Baah Wadieh, Acting Government Statistician, speaking at the media launch of the report, said maternal mortality has been a global health concern due to its devastating impact on socioeconomic development.

“This is one of the reasons why it is very crucial that we achieve, especially the goal three of the Sustainable Development Goals (SDGs), which among others, seeks to improve maternal health and reduce the global maternal mortality ratio significantly by the year 2030,” he said.

He said the survey provides a new estimate for an important indicator – maternal mortality ratio, which stood at 310 deaths per 100,000 live births during the seven-year period prior to the survey.

He announced that the Ministry of Health Operational Plan aims to reduce the maternal mortality ratio to 203 deaths per 100,000 live births by 2030, adding that, “This is a clarion call to Ghana to prioritise maternal health care in order to meet this target”.

Mr Wadieh said completing the survey and presenting the results is only part of the process of improving maternal health and emphasised the need to ensure the survey findings are utilised for decision making by health professionals at the national, regional, district and community levels, as well as, by researchers, policy makers and politicians.

He also stressed the need for programme managers and researchers to interrogate the findings to really find out ways to further improve maternal health in Ghana.

He expressed his gratitude to the government, Development Partners, especially the EU, USAID, and UNFPA for the continuous funding support for the production of timely and relevant statistics to enhance evidence-based decision-making and national development.

Professor Stephen Owusu Kwankye, Associate Professor, Regional Institute for Population Studies (RIPS), University of Ghana, said no country could plan without a reliable and current data and commended the GSS and its partners for coming out with the GMHS.

He noted that though induced abortion was on the ascendancy, there are no data on it and called on researchers to conduct further studies and survey in critical challenges in maternal mortality ratios to address the challenges and save lives.