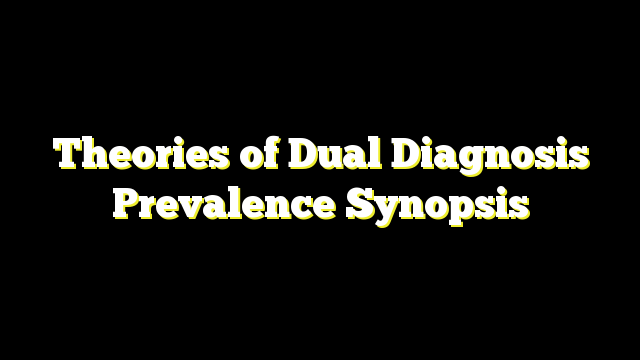 Individuality is the barrier that makes people different. The way a person thinks, feels and acts are the things that make someone unique. Some may choose how they live; some will just go with the flow. Others may enjoy something will others may not even see the slightest fun underneath it. Some people take drugs in order to have a haven of escape from too much stress and pressure. For other people, peer pressure, work stress and boredom can trigger the illness. It is easy to create something bad than something good because you never really have to prove yourself. This is where dual diagnosis comes in.

Dual Diagnosis: A Challenge to Healthcare

Loved Ones can help in Dual Diagnosis

There are multiple theories to explain why an individual who tends to experience severe mental disorder are very much vulnerable to substance abuse. On the other hand, there are also certain explanations why co-existence of these behaviors is prevalent. Complications will be further explained through the following theories:

In this theory, it suggests that when an individual who suffers from a severe mental illness starts to use several forms and kinds of drugs in order to relieve specific symptoms. Dealing with psychotic medication side effects are also dealt with. Meaning, substances are not primarily chosen in a random phase but with good purpose.

Although, with the dependence of the individual to the medications in order to alleviate the symptoms of his or her mental illness, it results that the person can no longer continue life without having that medication. Example, nicotine is a stimulant which deals with sedation that is caused by increased doses of anti-psychotic drugs.

Although, this research is not entirely accepted because of the evidences that certain individuals use drugs the same way that person who doesn’t show any sign of mental illness do.

2. Theory of multiple risk factors According to Mueser, there are several factors in the environment which needs attention and can cause co-existing disorders. Some of which is:

• Poverty and lack of resources

• Lack of adult or parent supervision and responsibility

• Being associated to people who are already using drugs

• Isolation from the normal social norms of life

Other evidences also suggests that events in the past life which are traumatic like sexual abuse can be directly associated to the psychiatric problem development and abuse of illegal substances.

The simplicity of this theory states that when a person experiences dysphoria, he or she will result in drug dependency just to alleviate or reduce the bad feelings. Research shows that this is one of the foremost motivators in why a person results to alcohol or substance abuse.

According to Mueser, people who suffer severe mental disorders have psychological and biological vulnerabilities which can be regarded to hereditary causes. Meaning, those who are suffering vulnerability when a stressful event occurs in his or her life will result to triggering a mental illness or relapses.

Some of these theories are entirely accepted by medical practitioners dealing with the client who is experiencing dual diagnosis. These theories can greatly help in the effective diagnosis and plan of treatment of the same occurring disorders.