Traditional Meat: Whats There To Know? 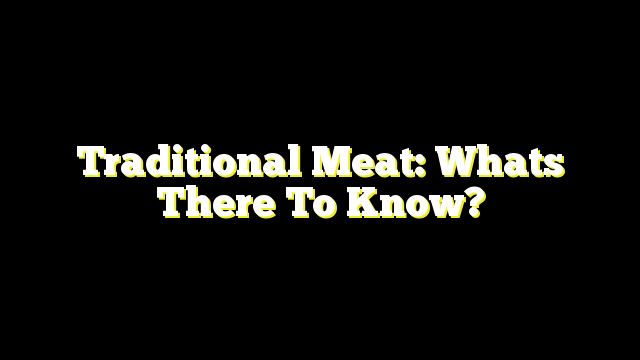 Traditional Meat: Whats There To Know?

How did our family traditions become centered around eating meat? Think about it. When we think of Thanksgiving, we think of turkey. If we eat pork, then New Year’s celebrations often revolve around pork and sauerkraut. At Christian Easter, the traditional meal is ham. And in the summer, we wait for that first hamburger or steak on the grill.

How did that happen to a species that was designed to eat vegetables and fruits, nuts, berries and legumes?

Remembering the Reasons for a Vegetarian Christmas

Should You Be Worried About Peanut Allergy

Did You Know That Humans did not always eat meat?

We can imagine that eating meat was initially an opportunistic event, born of the need to survive. The taste of cooked meat, plus the sustained energy that came from eating high-fat meat products made primitive sense even to earliest man.

If they brought the animal back to the clan, it would have taken a group effort to skin the animal and tear or cut the meat from the carcass. Everyone would have participated in this, and subsequently, shared in the rewards of their work.

It’s easy to see how, once we didn’t have to hunt for meat, but could buy it, the need for gathering and celebration was deeply ingrained in our natures. We celebrate the seasons and life’s events with family and friends, and because those early celebrations involved eating meat, that tradition has continued to modern times.

When it is Not Fun to be a Kid

When it is Not Fun to be a Kid